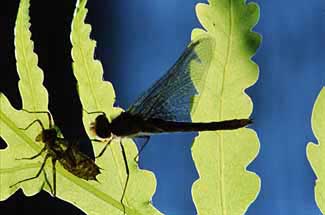 We live in a beautiful place. Between the deep hardwood forests of the Gatineau Hills and the clear, clean waters of the Gatineau River are several “communities in nature”. The municipalities of Chelsea, La Peche, and the Town of Wakefield are fortunate indeed to be endowed with tremendous natural gifts of water, wildlife, and nature.

The forests, meadows, creeks, and wetlands that make this area so special to so many can now be permanently protected. As a land trust ACRE can receive donations of land and can permanently care for these lands to protect some of the natural, recreational, scenic, or historical values that make the lands so special to so many community members.  If sufficient funds are available ACRE can also purchase lands in order to preserve them and care for them in perpetuity.

Financial incentives are available to any private landowner who donates land or an interest in land to a land trust.  Land that is determined to be ‘ecologically sensitive’ by Environment and Climate Change Canada and the Government of Quebec will qualify for significant tax incentives:

Landowners can also continue to use and enjoy their land even after a donation has been completed.

Don't Own Land? You can still Support the Land Trust

You can support the land trust even if you do not own lands that could be considered for protection. ACRE can receive your financial donations and can issue charitable donation receipts as a registered charitable organisation. Donations can be targeted to support specific land trust activities including acquisition and stewardship.

ACRE is your local land trust!

ACRE is a non-profit volunteer organisation run by community members that aims to protect and manage natural spaces for the benefit of the entire community.

Contact ACRE at your convenience to discuss donation options!

Nature Chelsea envisions a system of conserved natural areas, consisting of core habitat areas (terrestrial and aquatic) and corridors that connect the Gatineau River to Gatineau Park, that together comprise an ecological network capable of providing ecological goods and services and supporting rare species, and that is supported by Chelsea residents as a valued asset.

Nature Chelsea is a partnership project of the Municipality of Chelsea and Action Chelsea for the Respect of the Environment (ACRE). The Nature Chelsea approach emphasizes the maintenance of biodiversity and habitat connectivity within the Municipality of Chelsea through proactive planning. On a fine scale, Nature Chelsea aims to ensure that ecological design principles are integrated into the early stages of the design of residential subdivisions to protect biodiversity and reduce the subdivision’s ecological impact.

This design approach includes identifying wildlife corridors and the placement of roads and buildings for conservation and connectivity of natural features, and opportunities for the public appreciation of nature. On a broad scale, Nature Chelsea aims to identify areas with high value to biodiversity and consider how connectivity between natural areas might be incorporated early in the community development planning process.


For more information on the project: www.naturechelsea.ca

H2O Chelsea is a community-based water research and monitoring program developed collaboratively by the Municipality of Chelsea, the University of Ottawa's Institute of the Environment and Action Chelsea for the Respect of the Environment (ACRE).

Our goal is to develop a better understanding of ground and surface water resources in Chelsea that will inform municipal planning and management decisions.

The project is volunteer-driven, relying on the commitment of over one hundred local residents, municipal employees and University of Ottawa professors and students. In 2007, the project will be working with other communities to assist them in implementing water research and education programs in their region.

Please visit the project website: www.h2ochelsea.ca for more information and learn how you can get involved. 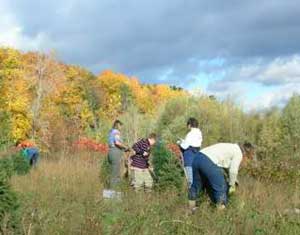 This habitat restoration project involves the re-naturalization of a riparian area damaged by commercial activities on the west bank of the Gatineau River, just north of the Alonzo-Wright Bridge in Chelsea. The project's name "ARORA" - was constructed from the Latin, "ara" (refuge) and "ora" shoreline describes the riparian buffer zone (ie. the zone adjacent to the shore).

The project site, owned by Hydro-Québec, is part of a 300-acre forest with magnificent conifers, some of them centuries old. As the only intact fragment of an ancient ecosystem that once existed on the shores of the Gatineau River, the forest serves to prevent erosion along the river's steep banks. It is also a vital buffer zone that borders the largest spawning grounds in the world of a threatened freshwater fish, the river redhorse (Moxostoma carinatum).

Extensive research of the site's aquatic fauna by Dr. François Chapleau of the University of Ottawa has confirmed the presence of at least 39 other fish species, including the channel darter (Percina copeland) and the margined madtom (Noturus insignis), which are also listed as species at risk.

In its barren, deforested state, the project site is highly vulnerable to soil erosion, threatening the habitat of the river redhorse, channel darter, and margined madtom, which require clean spawning grounds to survive.

Our project involves the planting of native trees, and shrubs in order to stabilize the soils, as well as to improve the visual quality of the site.

To ensure the long term success of the project, we have begun a maintenance plan that includes regularly patrolling the site, weeding, irrigating plantings in times of drought, replacing dead and diseased plants, and removing alien plants species.

The Chelsea Arora Project enjoys widespread support in our community. Many volunteers have offered their expertise in such areas as terrestrial and aquatic ecology, conservation biology, hydrology, landscape design, fundraising, and communications. All the planting to date has been done by community volunteers.

Financial support; TD-Canada Trust, Mountain Equipment Co-op, the Canadian Wildlife Federation, Environment Canada, and the Municipality of Chelsea have all provided support for this project.

A project originally conceived by a committee of ACRE since 2004, the Chelsea Toy Library has been promoting the principle of reducing our environmental footprint by sharing rather than owning toys.

The benefits of this are several: parents can borrow, instead of buy; toys are given "nine lives", and contributions to landfill are reduced. The library's purchasing policy also emphasizes wooden materials and non-electronic toys.

An expanding collection of quality, new and gently used toys currently caters to almost 100 member families, many of whom socialize informally through their interest in the library and its associated Friday morning drop-in playgroup.

The Toy Library is run entirely by volunteers and relies on community members to maintain its numerous functions. These include toy acquisition and maintenance, fundraising, finances, and community liaison.

Working for a Pesticide-free Chelsea

ACRE was created following Dr. Nicole Bruinsma's screening of the film Exposure in the Spring of 1998, which lead to the successful campaign for the introduction of a pesticide by-law in Chelsea. Several of ACRE's founding members were members of the Chelsea Municipal Sub -Committee whose task it was to draft a Municipal By-law (By-law concerning pesticides), to regulate and largely restrict the cosmetic use of pesticides. Since the by-law was passed, ACRE's focus has been on continuing education and outreach. Working both with and independently of, the municipality of Chelsea, ACRE has sought to inform the local population, other communities and governments at all levels of the dangers of pesticide use and alternatives through education and advocacy.

Members of ACRE have worked with the Municipality and representatives of Chelsea's two golf courses, on a municipal sub-committee to devise means to continue reductions in pesticide use on the courses. To date significant reductions have been made: no pesticides are applied to fairways and pesticide applications on the greens have been significantly reduced. ACRE is still committed to a total phase out of pesticides.